Easter Seals New Brunswick has a long history of helping persons with disabilities in the Province of New Brunswick. In this section of our website you can read about this history. You will also find information about the organization as it is today including current board and committee members, annual reports, employment opportunities, volunteer opportunities and our contact information. 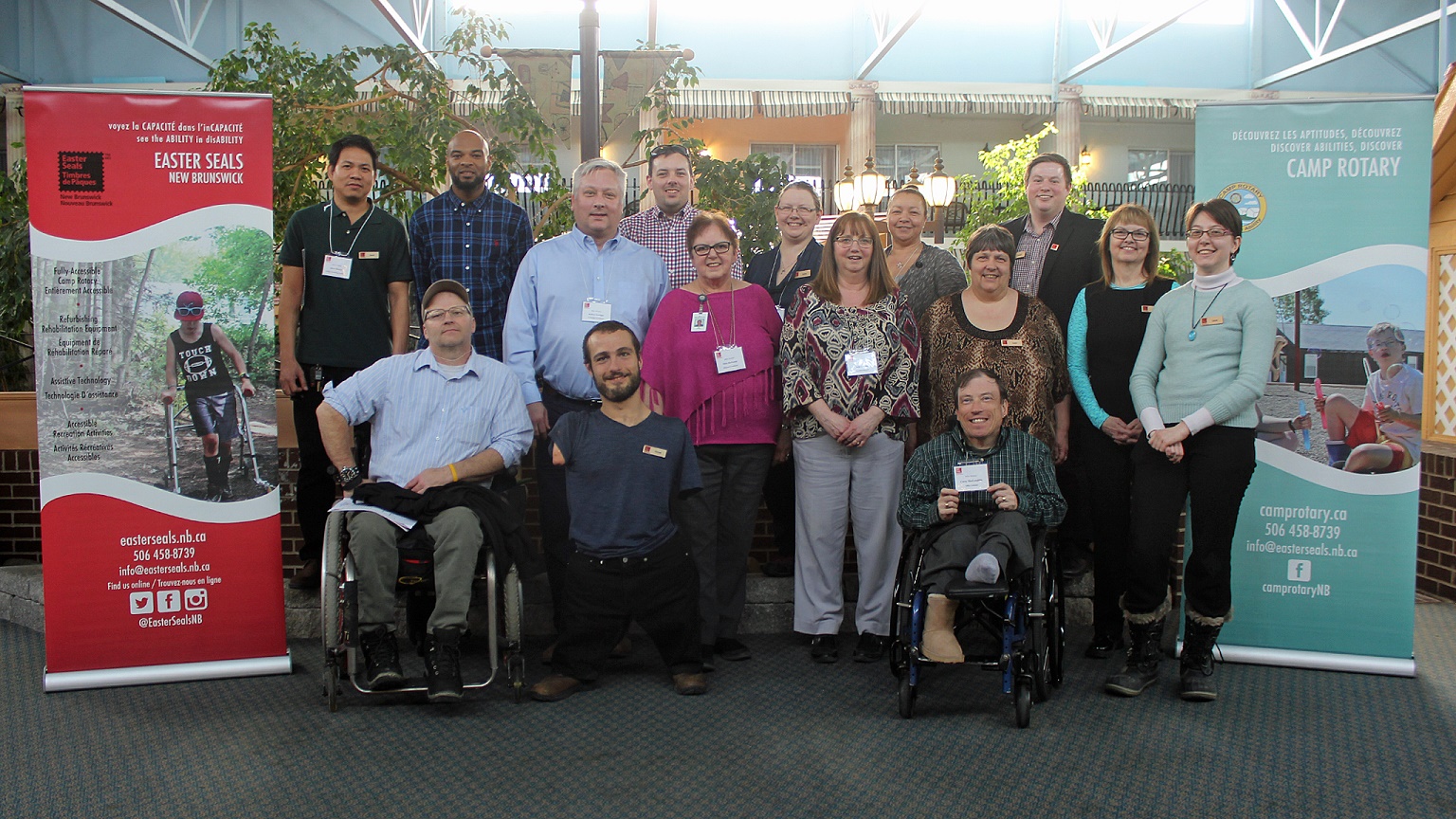 This was not the true beginnings, as the process of combining efforts of all groups had been happening for years. For example in the early fifties, Dr. Mayers - the Director of Maternal and Child Health - had spearheaded a movement to combine voluntary efforts towards rehabilitation services.

Prior to CRCD’s arrival, the New Brunswick Society for Crippled Children and the New Brunswick Foundation for Poliomyelitis and Rehabilitation had provided services for many years to persons with disabilities upon referral. After the age of 16, clients of the Crippled Children’s Society no longer had access to rehabilitation services since they no longer fell into the target population. This break in service made the need for organizational partnerships obvious.

In 1955, Dr. Mayers began to campaign to get a coordinated group organized. A year later the doctor’s work paid off with the launch of the New Brunswick Coordinating Council for the Handicapped. The new group represented 57 member organizations from throughout the province. It was largely financed by grants from the Crippled Children’s Society and the Poliomyelitis Foundation.

Mrs. Dorothy Marshall, Executive Director, did the case work from the Co-ordinating Council’s first headquarters in St. John. She investigated cases referred to her and arranged for services to clients either directly or through other agencies.

In 1960, the office moved to Fredericton, Marshall resigned and a new Executive Director was appointed.

In 1962, the comparative national Crippled Children’s Society and the Poliomyelitis Foundation joined to form the national Canadian Rehabilitation Council for the Disabled. CRCD national went through an organizational change in 1995 which resulted in a name change. The agency was then known as the Easter Seals / March of Dimes National Council; in 2005, this was changed to Easter Seals Canada.

In 1966, the New Brunswick branch of CRCD was formed and as a result amalgamated New Brunswick’s Crippled Children’s Society and the Poliomyelitis Foundation. Since that time, the CRCD-NB has provided numerous rehabilitation services to people with physical disabilities. Its mission is to assist persons with disabilities in achieving their maximum potential.

It was in 1922 when Easter Seals was initially formed by 10 Rotary Clubs. The Easter Seals enfranchised members have continued to work at the grass-roots level across the country to elicit the on-going participation of millions of individuals to help make a difference in the lives of children with disabilities. The first Canadian Easter Seal was introduced in Alberta in 1945. In 1949, the first national Easter Seal was issued in Canada. The seal is a symbol that shows support to youth with disabilities. The suggestion of the use of the seal at Easter time was that the theme of Easter and persons with physical disabilities harmonized. Easter, of course, means resurrection and new life: the rehabilitation of young people with disabilities means new life and activity physically, mentally, and spiritually.

On October 24, 1997, the Board of Directors of the Canadian Rehabilitation Council for the Disabled, New Brunswick Branch Inc. changed the agency’s business name to Easter Seals New Brunswick (CRCD). This action was taken in order to strengthen the link between the organization’s fund raising initiatives and services.

Up to 2005, ESNB March of Dimes offered the Personal Services Program, the Equipment Assessment Loans Bank Program, the Rehabilitation Technology Program, the Polio Survivor’s Program, the FCS/ESNB Recycle Program, an equipment repair and maintenance service, and a toy and information library. Also, ESNB operates Camp Rotary, which is owned the Rotary Club of Fredericton. The site, located along Grand Lake, allows persons with disabilities to enjoy a barrier-free camp experience each summer.

In 2006, when we became solely ESNB, we offered the following services, the Assistive Technology Program, the SD/ESNB Recycle Program, equipment repair and maintenance service, and a toy library. ESNB still operates Camp Rotary on Grand Lake. All Easter Seals New Brunswick programs and services are offered provincially in both official languages.

In addition to the Easter Seals New Brunswick programs, many of the staff members are strong and active advocates on disability and rehabilitation related issues.

Easter Seals New Brunswick relies on fund raising campaigns and the support of all New Brunswickers for our continued success. With that support, we can maintain our present services and hopefully add new ones for people with disabilities.